A good website design is not just important, but also imperative. Your website is the face of your business, and you need to have a design that gives a cool look and feel and compels the reader to avail of your services. Website Design By Meena Infotech is your one-stop shop to get quality website design services. We are not just a set of professionals, but creative designers who have years of experience in creating website designs that have been appreciated by both readers and customers.

Web designing is the process of planning and creating a website. Text, images, digital media and interactive elements are used by web designers to produce the page seen on the web browser. Web designers utilize markup language, most notably HTML for structure and CSS for presentation as well as JavaScript to add interactivity to develop pages that can be read by web browsers.
As a whole, the process of web designing can include conceptualization, planning, producing, post-production, research, advertising. The site itself can be divided up into pages. The site is navigated by using hyperlinks, which are commonly blue and underlined but can be made to look like anything the designer wishes. Images can also be hyperlinks.

Web Designer in Kanpur Meena Infotech Kanpur, India is a trusted name in Website Designing, Search Engine Optimization(SEO), Ecommerce Solutions, Software Application Development, Web Portal Design & Development Services from Kanpur, India. We work in a motivated way to showcase the real potential of our customers’ business through meaningful web presence. We have on board some of the finest website designers, developers and programmers who share inputs to produce the choicest solution for individual customer. The final work tends not only to suite genuine business purpose but cost-effective also.

Internet Bandwidth and Network If you are planning for huge network, or big call center or big shopping mall. continue reading » 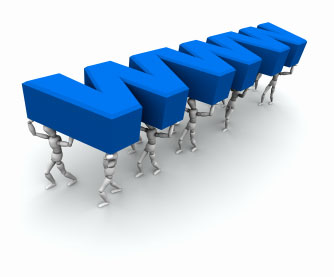 and all the Linux Hosting Plans comes with PHP and MYSQL Databases, Linux and Windows WebHosting plans includes Scripts like WordPress, Joomla, Drupal, DotNet Nuke and many more…

Find us on Social Networks

Web Site Remodeling is 90% of our business! It is no longer good enough to have a website…you need a GREAT website! continue reading »

Sign up for our Worry-Free Web Hosting! Where your website is hosted plays an important role in search engine rankings. continue reading »

We are experts are developing successful e-commerce websites. From small online stores to 200,000 products we can do it all! continue reading »

Technologies In We Expertise